Assessment test of attentional processes, impulsivity and motor activity that provides specific pedagogical guidelines to facilitate and adapt learning in children from 6 to 16 years of age.

Each person is unique and so is their way of learning. Knowing individual characteristics, weaknesses and strengths is of great help for teachers, counsellors and clinicians to adapt the environment and apply specific guidelines to optimize learning. 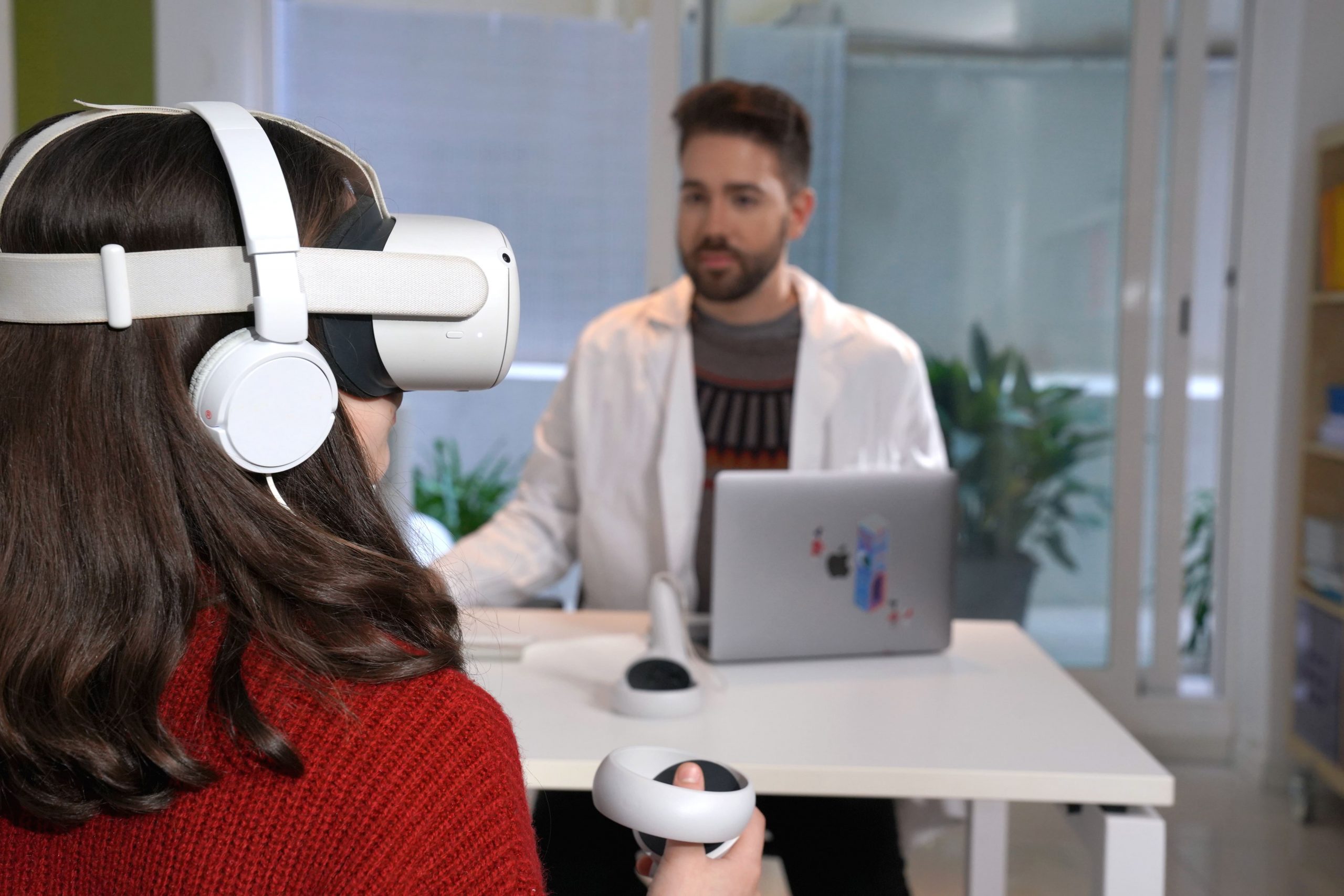 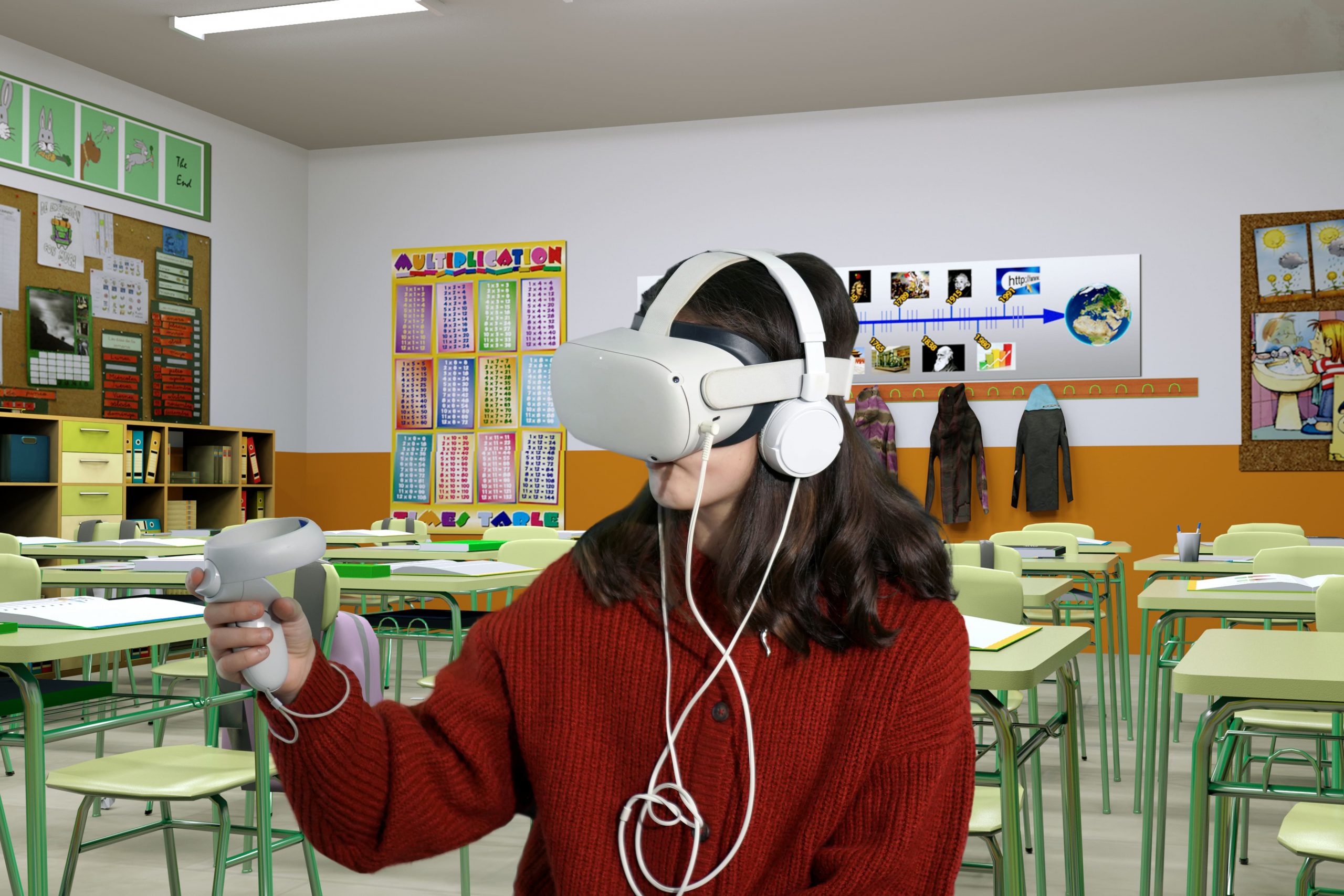 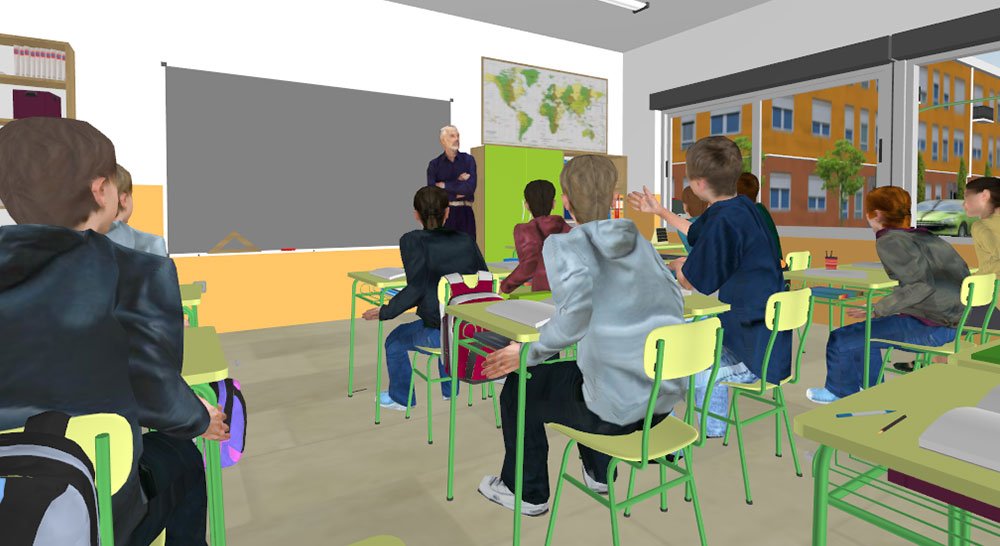 Description of the test

The test to be performed is a continuous performance test -Continuous Performance Test CPT- which is played through virtual reality goggles and a headset through which instructions are received. As indicated, the person being tested must respond to different stimuli by pressing a button. The stimuli presented may be visual or auditory, but never both at the same time. It can be observed in the data obtained whether the attention channels differ in quality, which would provide a qualitative index of attention.

The evaluator visualises on the computer screen in real time what the evaluee is seeing through the glasses, which are also equipped with sensors to register movement during the test.

Description of the virtual environment

The scenario is similar to a school or high school classroom and the perspective places the test taker at one of the desks, facing the blackboard. The head movements are captured by the glasses and the software updates the scene accordingly, giving the real feeling of being in the classroom (by moving the head, the different parts of the classroom can be seen as in a real classroom). A teacher explains the task instructions and the classmates “behave” in a realistic and dynamic way. The test taker has to perform the task presented on the board or explained by the teacher by pressing a button every time a previously presented stimulus appears – target stimulus – or whenever the stimulus is not the one previously presented. In addition, with the aim of being as ecological as possible, a series of distractors have been introduced which are the usual ones in a school classroom: a car passing by in the street, a classmate calling the subject, the caretaker knocking on the classroom door, etc

The results of the normative, convergent and factorial validity studies show that Nesplora Aula School and Nesplora Aula are the most sensitive, accurate and specific tests for the detection of ADHD in children with a high internal consistency. This test has excellent diagnostic and discriminatory power with no ceiling or floor effect, high predictive value and reliability as well as high convergent validity with the “caras” Test, the Conners CPT, the ADHD, the DSM criteria and the d2 test.

Nesplora Aula School provides specific pedagogical orientations and guidelines based on key aspects collected during the evaluation. On the one hand, it provides guidelines according to the general scores obtained and on the other hand, it provides personalised strategies depending on whether the performance of the person assessed was better in more stimulating or more monotonous tasks, whether it was better when the information was presented visually or auditorily, or whether the performance improved or worsened in quiet or stimulating environments. These strategies adapted to the attentional profile are helpful for all those involved in the learning process of children.

Nesplora Aula School shows us how each student attends according to different conditions: distractions, sensory modality and type of task. Thus, we can know if their performance improves in the presence or absence of environmental distractions, with visual or auditory material and finally, in stimulating tasks or repetitive tasks. All this information is very relevant to be able to apply study techniques adapted to the characteristics of the student.

After a first evaluation, we can apply the psycho-pedagogical guidelines recommended in the report itself and/or start an intervention to work on some points of improvement. Using the Nesplora Aula School test, and according to studies carried out, we can monitor the person to see if there have been improvements in the attentional and movement profile.

Each person has his or her own strengths and areas for improvement, which should be known and reinforced in order to obtain better results and make adequate progress. Working on each person’s areas for improvement provides them with new and enriching faculties for the learning process and allows them to work more efficiently.

Children who stand out for being “different”, either because they have special needs or attention problems, can become an easy target for discrimination or isolation, even bullying. Thanks to the information provided by Nesplora Aula School, coexistence, values and social skills can be worked on in class. Students can become aware of diversity, normalising and integrating what makes them unique.

Read the report in detail

View and download an example of the report you get automatically after an evaluation using Attention Kids School Aula. 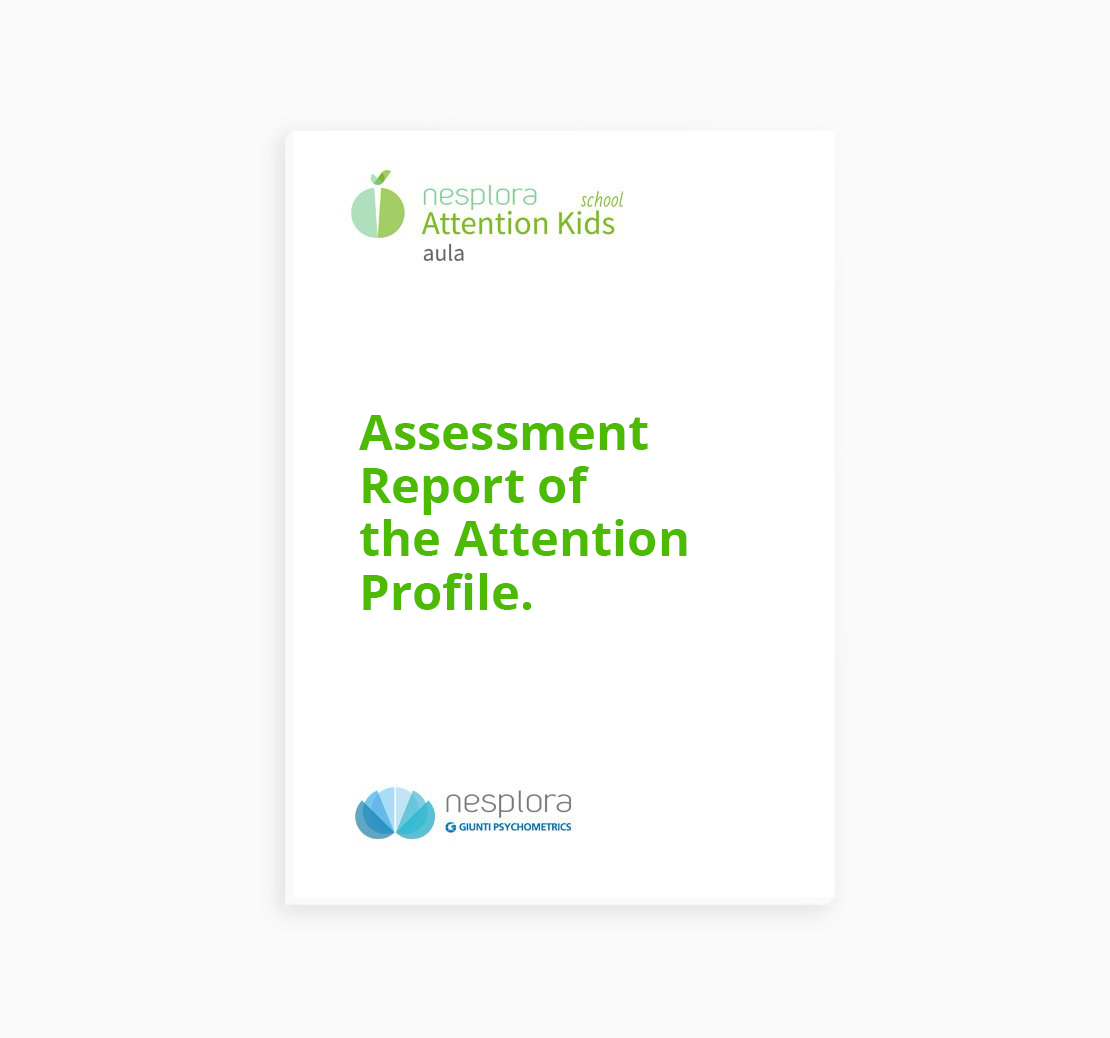